In the early years, all naturally occurring activated clays having good bleaching properties were called fuller’s earths. The word fuller’s earth has been named after the practise of fulling or cleaning the grease and stains from wool and cloth.

The essential difference between bentonite and fuller’s earth is in their modes of occurrence and other physical properties. Bentonite is regarded to have been formed by the alteration of volcanic ash deposits, mostly in upper Cretaceous formations. Fuller’s earth represent a shaly facie of Tertiary rock.

Bentonites having low iron content, have been found to be good catalytic agents in petroleum refining. The bentonites having Ca and / or Mg as exchangeable ions are good decolourizers. Bentonites can absorb water to a greater extent than ordinary plastic clays. Fuller’s earth, on the other hand, is non-plastic or semi-plastic in character. It has a foliated structure. Dry or dehydrated fuller’s earth adheres strongly to the tongue. The absorption of water in sodium bentonite proceeds with a considerable increase in volume (as much as 14 times its original volume) creating an excellent gel and viscous material which is invaluable for the preparation of drilling muds and in grouting of dams, wells etc. Sodium bentonite has an excellent thixotropic property, i.e. the gel becoming stiff on standing and reverting to fluidity when shaken. The swelling type bentonite when dispersed in water, separates into suspendible flakes which are all finer than 0.5 micron. Calcium bentonite yields about 35% finer than 0.5 micron. Calcium bentonite yields about 35% finer than 0.5 microns. The difference in bentonite and other clays lies in lattice structure. The sheet of atoms in bentonite are much thinner and more easily separable in water. That is why bentonite occupies more surface area than other clays. This property is known as dispersibility, which is unique to swelling type of bentonite.

Use as grouting material :
Bentonite has great water binding ability and consequently very low permeability to water. It has been found, that the prmeability of the soil is reduced considerably when substituted by sodium bentonite. Hence, this material is often employed in construction engineering ot make a porous medium water-tight. It can be used alone or with some other grouting material.

Use in drilling muds :
Drilling muds consist of water to which sodium bentonite and pulverized barytes are added. Such muds are prepared mainly for deep drilling, like oil-well drilling. Bentonite imparts two properties :

The quantity of bentonite used is variable depending upon the depth of the hole to be drilled. Generally one tonne of bentonite is used to prepare about 100 barrels of mud.

Use as decolourizer :
Decolourizing bentonites are those which carry Ca and / or Mg as an exchangeable ion. They are used in the decolourization of animal and vegetable facts (like ground-nut, castor-oil and Vanaspati) and petroleum oil, lubricants, paraffins and other waxes. These are decolourized in two ways:

Use as foundry sands :
Bentonite is utilized in foundry to bind the sand grains into desired shapes. Bentonite helps in retaining the mechanical shape of the mould by making the particles of sands adhere and also making the surface impermeable. Strength and fusion point are the two important properties desired for selecting bentonite. Generally, the swelling type of bentonite is used though other types of bentonites have also been used.

If You have any questions let Us know

If You have any questions let Us know 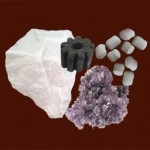 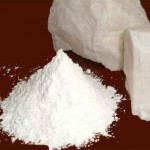 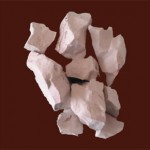 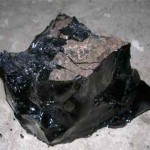 To create value for our business and social partners through safely and responsibly exploring, mining and marketing our products. Our primary focus is bentonite, but we will pursue value creating opportunities in other minerals where we can leverage our existing assets, skills and experience to enhance the delivery of value.

Our strategy for growing our mining business is based around three pillars:
optimizing the existing core business;
achieving organic and sustainable growth;
and identifying growth beyond the core business.